When I was pregnant I imagined breastfeeding my child and I thought about how hard it would be and how important it was for me to try. As some of know, breast-feeding did not come easy for me.

Pearce was born not breathing and was revived and taken to the nicu pretty quickly after being born, we did not hold Pearce for 9 hours. We missed the initial skin to skin which helps so many babies root and find the latch quickly. When I did finally get a chance to nurse, it felt horrific, we struggled to get a latch and when he did the feeling of my uterus contracting actually made me want to faint. I broke down, I tried and tried but struggled the exhaustion and the pain my body felt was unbearable. But I was determined – I would not give up. Something I often say to myself, during pregnancy and each day since, “People have been doing this for millions of years and they got through it”. It has literally helped me so much. We ended up getting a latch and a few feeds after a nurse offered me a breast shield. At one point while in the hospital I was so overwhelmed by the nurse trying to help me that she actually urged us to just give my son formula so we could try to feed when he wasn’t starving – yes she told me I was starving my child. I was so happy when that nurse was gone and we got a different nurse, for the life of me I don’t remember her name but she was an older tiny women who helped me all night to grasp breastfeeding, after 4 nights in the hospital we headed home.

I was still using the breast shield as Pearce really couldn’t latch on my breast, I made appointments to see a breast consultant which was the best experience, if it wasn’t for her I don’t think I would have been able to keep going. After 3 weeks she urged me to have a doctor check for tongue tie, which we discovered he had, and he also had a lip tie. Once we had the doctors snip them I met the consultant again and she said give yourself 2 days without offering the shield, She felt Pearce was so close to getting it that all I needed to do was not offer it. After 2 days, Pearce was latching, the feeling was painful, excruciating but rewarding? Since than I have love breast-feeding, Pearce was never a cuddly child so being able to breastfeed allowed me to receive cuddles and bond with Pearce like no other time during the day. 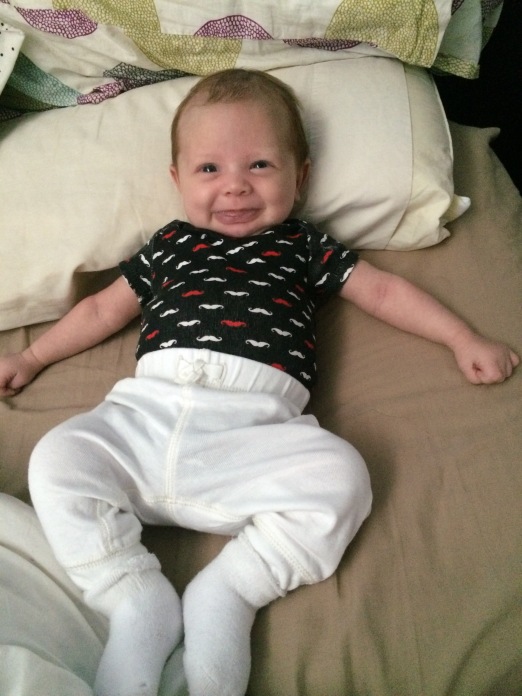 When I returned to work when Pearce was 1, I continued to breast feed actually pumped during my lunch break in my car for 4 months. I used the pump milk for Pearce to have a bottle while at Daycare, but soon he was able to go right down without having the extra milk during the day. For those 4 months I also woke up extra early and fed Pearce in the morning before work, then pumped on my lunch and fed at night. In January I decided to stop feeding in the morning, it was exhausting for me, and I felt that he would be fine without that extra milk and he has done great.

I knew that I wanted to stop breastfeeding Pearce by the time he was 2, I have never really hated it or wanted to give it up. I am not big drinker so I never resented it because I couldn’t drink. As August has drawn near I decided to give it a try. 3 weeks ago my mom was taking Pearce over night so that Chris and I could have a date night. Then the next night I decided.. why not stop. I put Pearce to bed without giving him boob instead giving him a bottle and then putting him to bed, it was horrible he was up crying all night. My husband will NOT let Pearce cry it out he is SUPER against it so we ended up taking him out and giving him some more milk and kinda just letting him stay up with us. We tried again to put him to bed and he woke up a few hours later and ended up in our bed. I was not excited to go down this road!

The next night I decided to rock in the chair with Pearce like we did when I would feed him, I rocked him in the chair for a good 45 mins, and he fell asleep. I transitioned him to the bed and he went down great. He ended up sleeping the whole night. It was that night I realized that it wasn’t that Pearce was not a cuddly boy it was that I had never realized that time was also special for him. That it was also his cuddle time. So since then each night we go into his room and I sit in the chair and he climbs on my lap and I rock him, now only for about 20-25 mins and then I put him in his bed awake, we give each other a kiss, an Eskimo kiss and then I say, “good night my love, may you have sweet dreams” and I leave the room. Its been a great transition since.

One thing I never thought about was him waking at night I always use to just give him boob and now we just cuddle and it seems to do the same thing, so often now I feel like he just doesn’t want to be alone. But now I have found myself with a huge emotional hole inside me. I crave to have the bond of him needing me and me being able to give him something no one else can. I miss him climbing on my lap and scratching my collar-bone which was always his way of saying boob. I miss the time we would share each day together when I would feed him. Breastfeeding for me wasn’t just feeding my son, it was nurturing him and making owies better, it was cuddles and fingers poking in my mouth. It was a beautiful time and I treasured it so much, I am so incredibly happy and blessed to have spent 22 months breastfeeding my son. 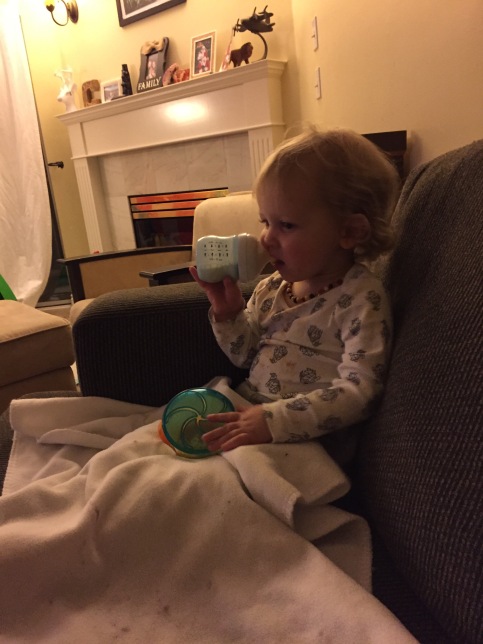 This change in my life has given me more freedom as I can now drink, or I can have my husband do bed time but for me it feels like more of a loss. I feel like I am missing a part of myself now. I feel the grief of our last feed, because I did not know it was our last.. Part of me wishes I had planned better so I could have enjoyed it more knowing it would be our last, part of me thinks if I had done that I may have never stopped…

5 thoughts on “Grieving the last Feed.”